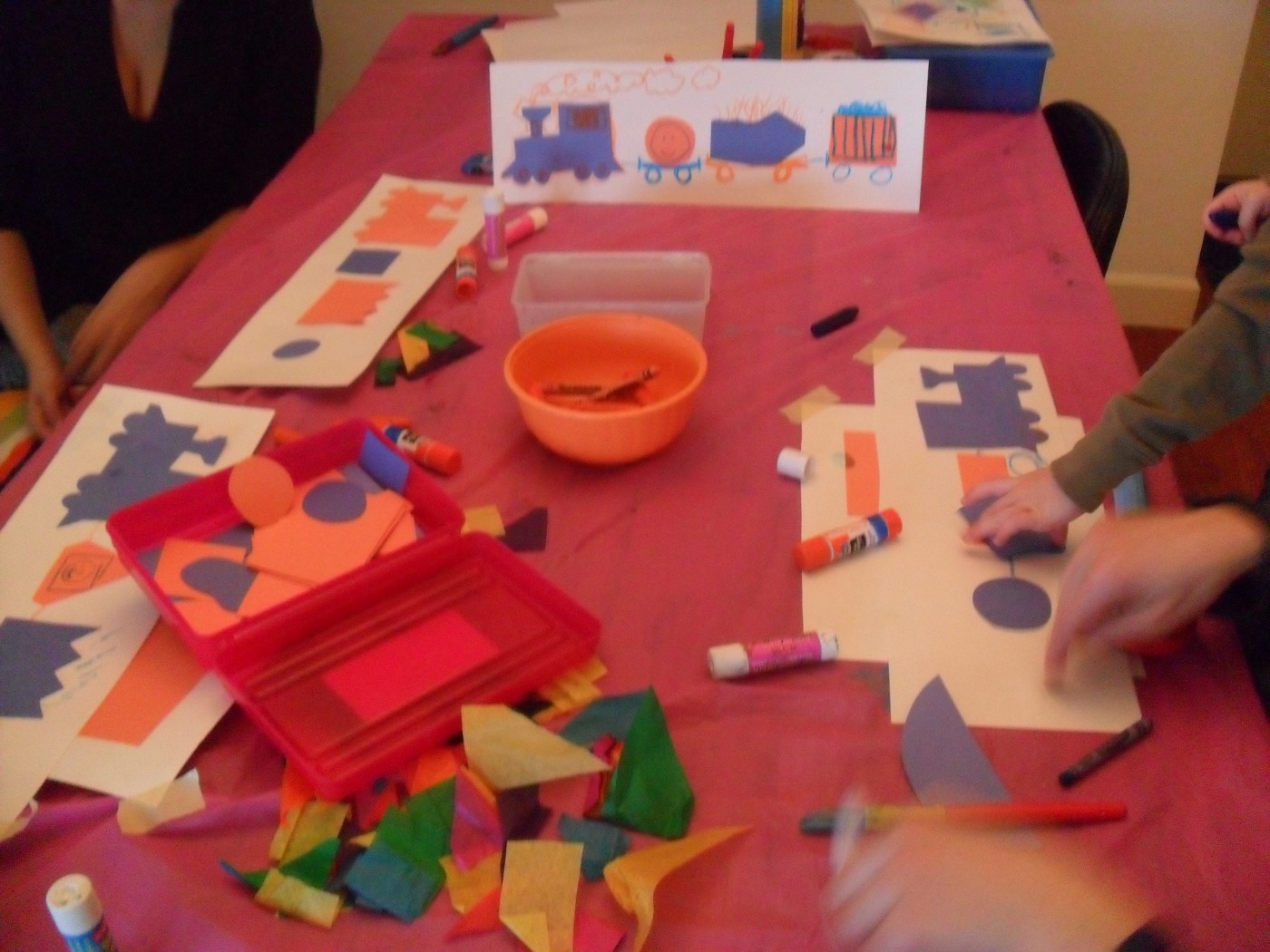 We used complimentary colors in the Triangles, Circles and Squares Oh My! class this week, and to make sure every single Thomas the tank engine obsessed toddler in my class had a good time we focused on TRAINS! Max actually screamed when he saw the book I was going to read, and again when the collage portion of the class started. So, to start out, we read The Little Engine That Could, by George Hauman. (I don’t own any Thomas the Tank Engine stories, unfortunately, but the little engine kind of looks like Thomas or is at least a blue steam engine train so close enough.)

We started with a blue and orange crayon drawing, then painted tissue on top of our crayon drawing using watered down elmers glue and brushes for an abstract resist effect. Our next project was the train collage. I had cut out a steam engine shape in either blue or orange for each of my four students. They were in charge of picking out the shapes that followed. They each glued the pieces of their train down with glue sticks and then using the blue and orange crayons to draw on top of the train shapes and gives them details like wheels, a conductor, steam coming out of the train, and anything else they wanted. Max worked very quietly next to his mom carefully telling her what he was drawing, “This is train track… a hitch!” She was so impressed by his ability to sit still through the entire lesson, and I was too. Max is know for spending 2 minutes on each project them running off to play with his trains. Last, we used the big chunky orange shape I had pre-cut, That was kind of a train shape kind of a car shape, to paint and test out rolling small plastic cars through the paint in order to make track marks. Luca loved this one best of all.