In Foundations of Studio Art we have started our portrait studies in collage. The main objective behind this project is to teach my students the importance of value in creating depth, basic proportions of the human face, and creating thoughtful artwork from observation. The idea was that this would make their future painting endeavors easier. I was inspired by one of my high school painting teachers who taught me how to see in a way that has influenced my painting style ever since. That way of seeing light and color was helpful for me as a high school student struggling to paint representationally. It was a comparison he used, he said something along the lines of, “think of the figure as a collage of different colors and values.” (paraphrasing because it has been 10 years or more since I heard this!) And I remember thinking, “WOW! A collage… that makes so much sense!” So I forwent blending and in an impressionist style all my own I was able to create depth and value, and model the paint in a way that made sense to me, and made my figures make sense.

So to help my students to see the world as painters, I decided to finish out the school year with a collage. The project began with a simple study of the proportions of the human face. We spoke about ratios and proportion. Each student drew a “Generic Jane” before we moved on to drawing each other from observation. At that point each girl used the generic features and proportions as a starting point and made adjustments until our their resembled their partner. This took a while, but since we were going to be collaging on top of these the drawing needed to be simply and not detailed.

Then we began to collage. First, with a base color, and medium value, clipped from many many faces. Then, many more moments of highlights and shadows. We used the natural lighting in the class, which was downward lighting, caused by our ceiling of skylights. It is almost impossible to create raking light in this class. Then, since it was impossible to find large areas of a single color, students would build value by layering many colors. The same way you would in painting. At the end of the lesson, I asked each student what they would do if I were to snap my fingers and each of these cut pieces turned into paint, and in every class at least one person would say, “blend them!” and I’d hear exclamations of understanding. 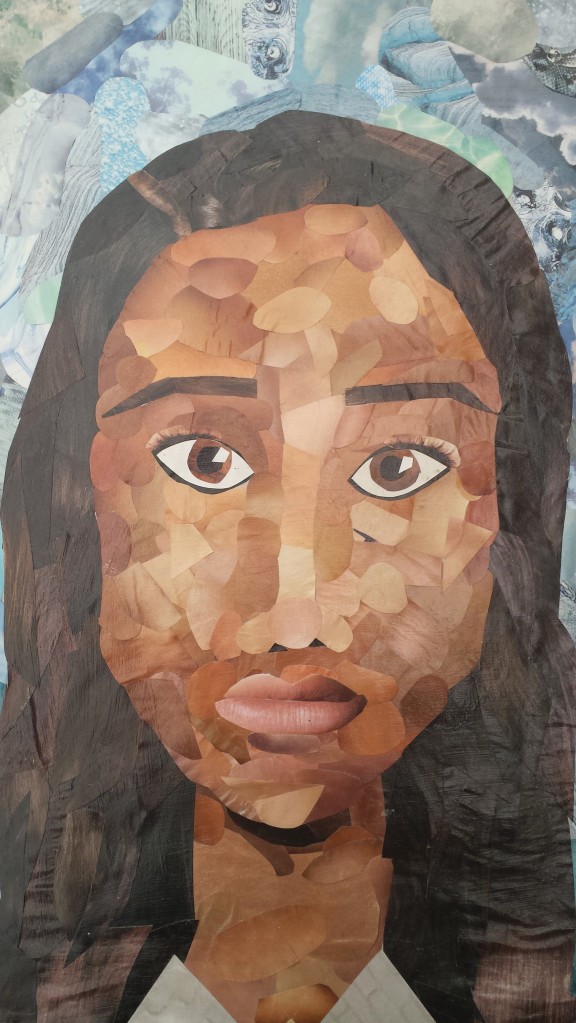 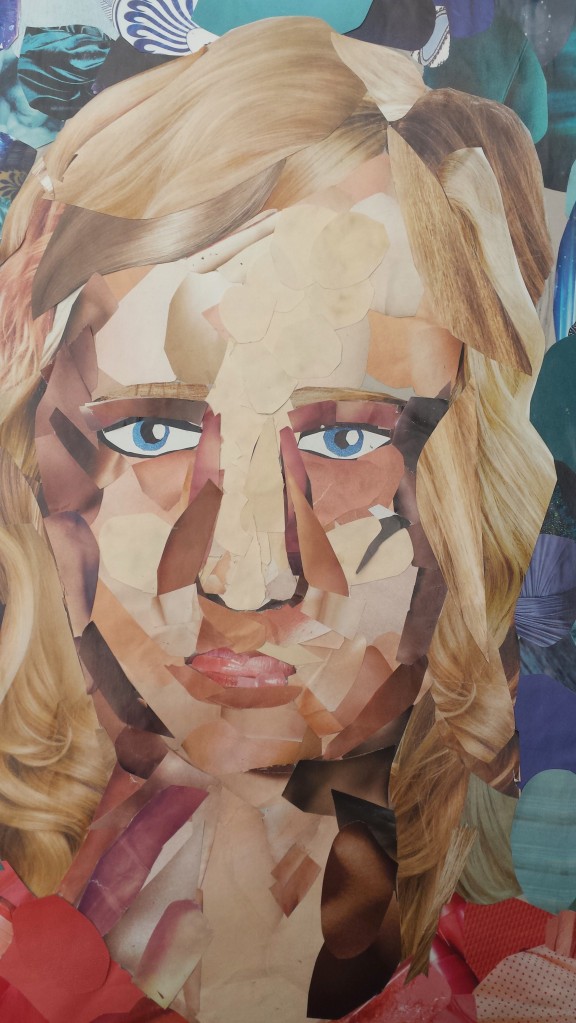 Finally, we reflected on the experience of creating a portrait of one of our peers. I had everyone read a national geographic article about the Changing Face of America and looked at the portraiture work of an artist called Martin Schoeller. Afterwards my students wrote how they felt about the article, the project, or whatever else they learned during this assignment. One student wrote:

“This article was very eye-opening because it made me more aware of how many people in America identify as more than one race. It was interesting how it said we register a person’s race before even their gender. It made me realize how under represented multi-racial people are in our society. You rarely see multi-racial people in TV or media, and especially not in magazines. Though diversity is increasing in magazines, we still have a long way to go until they represent the entire population.”

Another student reflected on working from mostly women’s magazines:

“In the magazines, I see that some of my partners facial features are similar to the models in the ads, such as eye color and skin shade. It has been easy to replicate my person because her skin tone resembles many of the models.”

“I think it is normal to see someone with a multiracial background and think they are just black or just white. I think that is what the article is trying to inform. It does not matter what the outside appearance of someone is; it is the inside that matters (sounds corny but true). It has been sort of hard finding the exact skin tone to Caroline, but no one has the exact same. That is what is told in the article.”

As a result of the article as a follow up to this project, many students wanted to discuss how they feel women’s magazines still aren’t doing enough to represent their viewers. Other girls pointed out that they hadn’t noticed a lack of black and brown models until now, when they had been asked to represent their partner who was a woman of color. Even girls who had white partners had found the exercise frustrating saying that most of the skin they found was so airbrushed and over-lit they couldn’t find shadows. It was great to see a group of young women comfortable talking about race, beauty standards and identity in a meaningful way. 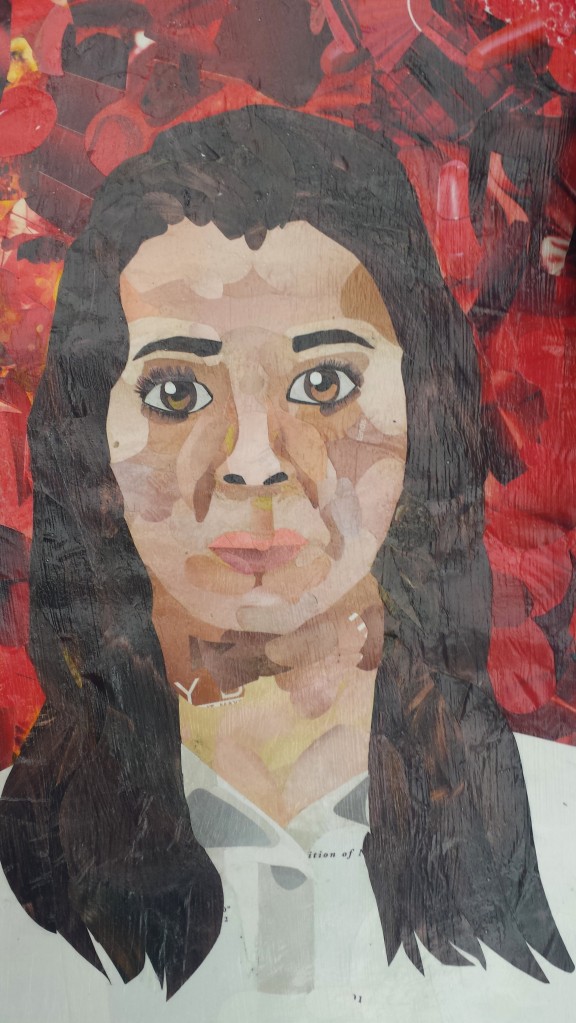 It was important to me that my class at least discuss and acknowledge the content of the magazines we were using. I don’t ever want my students to think I condone the unhealthy and unrealistic beauty standards of magazines like VOGUE and ELLE. So I think it’s important to point out, instead of ignore, or say nothing about. However, I do get them for free from my local nail salon, and I absolutely love magazines as an art material. You get beautiful colors that are good for the environment!

In the end, I enjoyed this assignment. I believe I will be returning to it again next year. I mean just look at them. They turned out so cool! I also firmly believe that they might be able to benefit from this exercise in their painting.

One thought on “Collaging for Paint’s Sake!”