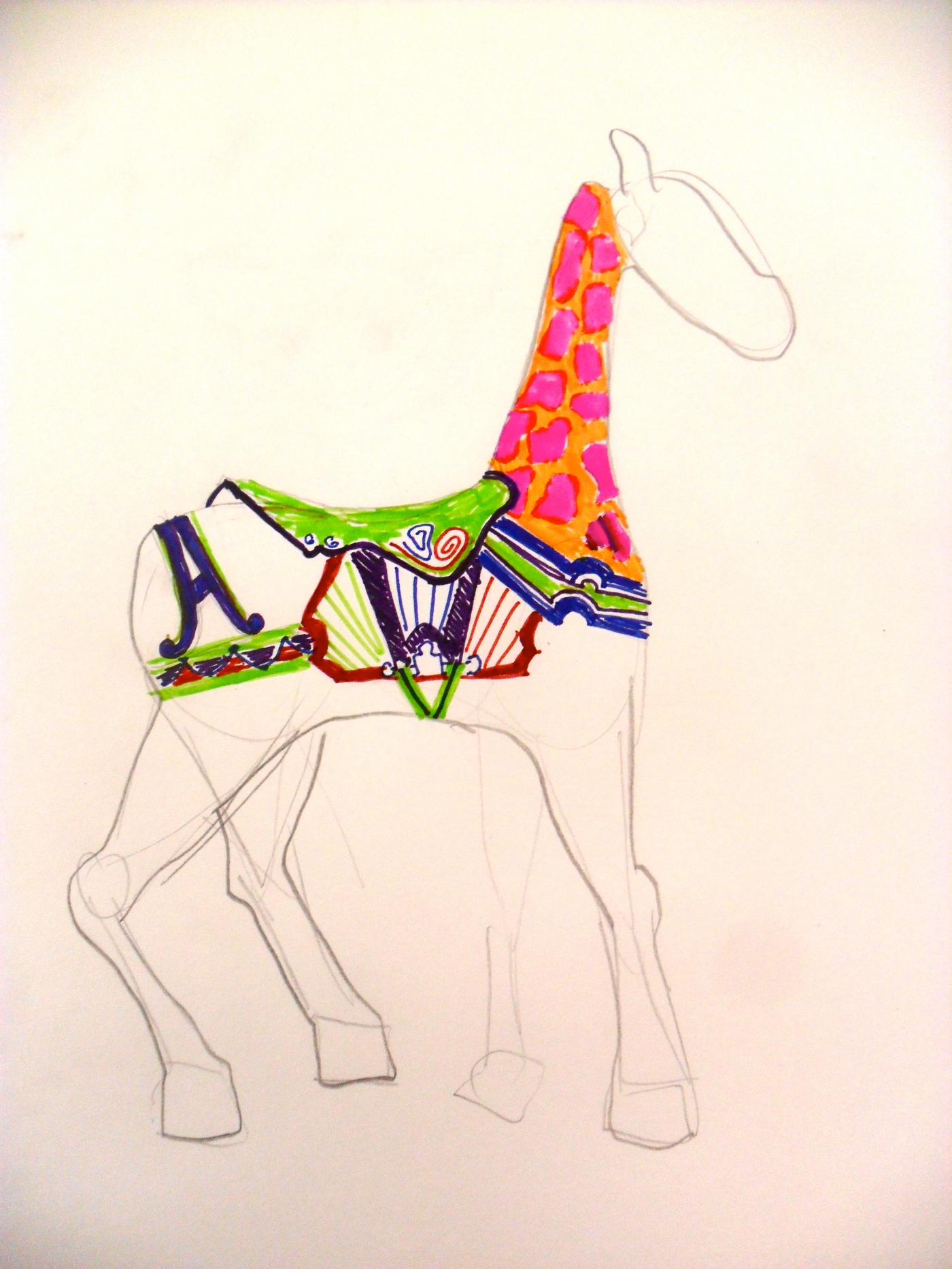 This past week was a break from my 9 weeks of elementary aged campers and instead it was a week of large scale sculpture classes with 12-16 year old artists. This camp was called Carousel of Animals.

I had 17 students ranging in age from eleven and a half to sixteen going on seventeen. They arrived at 9am Monday morning, and right away I had them find a seat at the tables where I had laid out paper and pencils. Once everyone had arrived the camp director, Sinclair Hamilton, and I spoke to them describing the activities and possibilities available to them that week. They would either be creating a large scale sculpture of an animal using chicken wire and papier-mâché or they would be making a miniature carousel using modeling clay, dowels, and cardboard.

After our introduction we took them to the Carousel, Glen Echo Park’s only ride still working, built in 1921. The Carousel was closed for business Monday but we had previously arranged that a park ranger let us in. First, I had all of the artists draw the carousel animals from observation. They drew an entire animal, and then a portrait or close-up of one part of an animal. After they finished those drawings they began to draw an animal that they would like to make. Either for their small carousel or for their large papier-mâché sculpture. 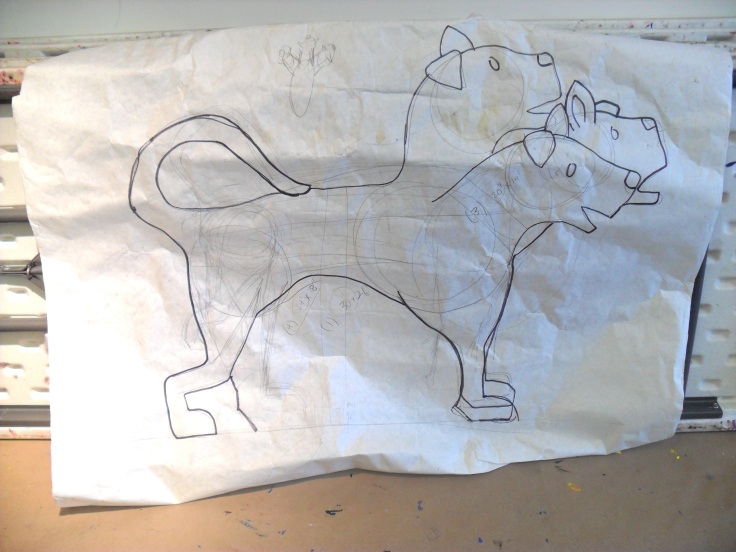 One thought on “The beginning of the Carousel of Animals”