As we continue to examine Pop Art, we look at Andy Warhol’s fascination with pop icons and his beautiful and well known Marilyn Monroe Series. 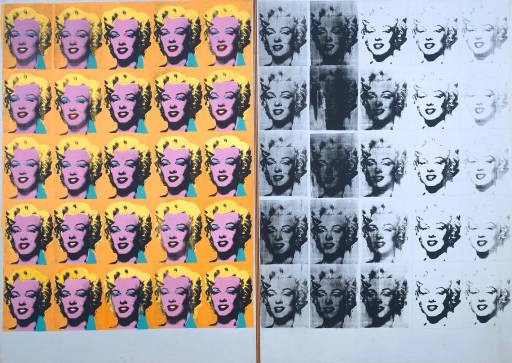 “What’s great about this country is that America started the tradition where the richest consumers buy essentially the same things as the poorest. You can be watching TV and see Coca-Cola, and you can know that the President drinks Coke. Liz Taylor drinks Coke, and just think, you can drink Coke, too.” – Andy Warhol

As a response to his piece my students chose modern pop icons to portray. Including Pink, Billie Joel Armstrong and Angelina Jolie. Because of our classrooms limitations we used a different printing technique than Andy, but a printmaking technique all the same. I had my student create single color linoleum block prints focusing on the elements value and texture, and then adding a second layer of color focusing on the principles of design emphasis and contrast.

In Richard Hamilton’s definition of Pop Art he talks about mass production. Printmaking was an important aspect of Andy Warhol’s mass production of his pieces. After we discussed the significance of easily reproduced artwork and it’s connection to kitsch and consumerism we began print making. 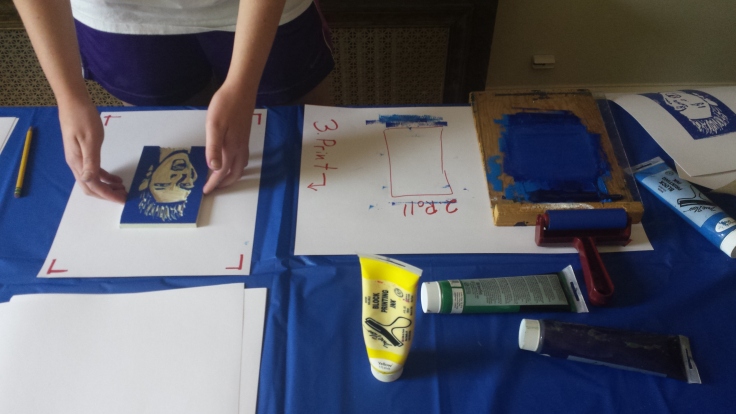 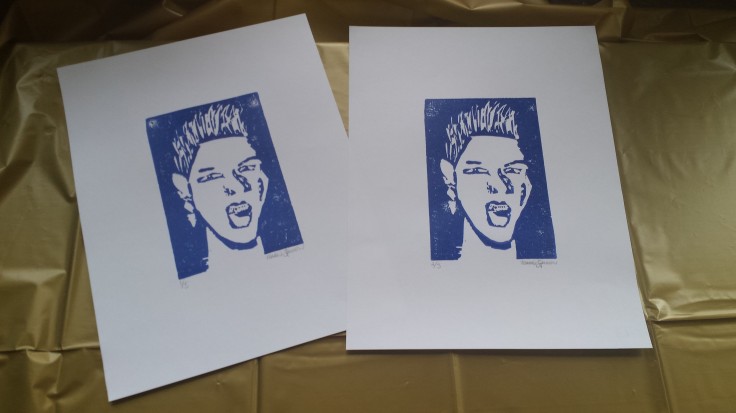