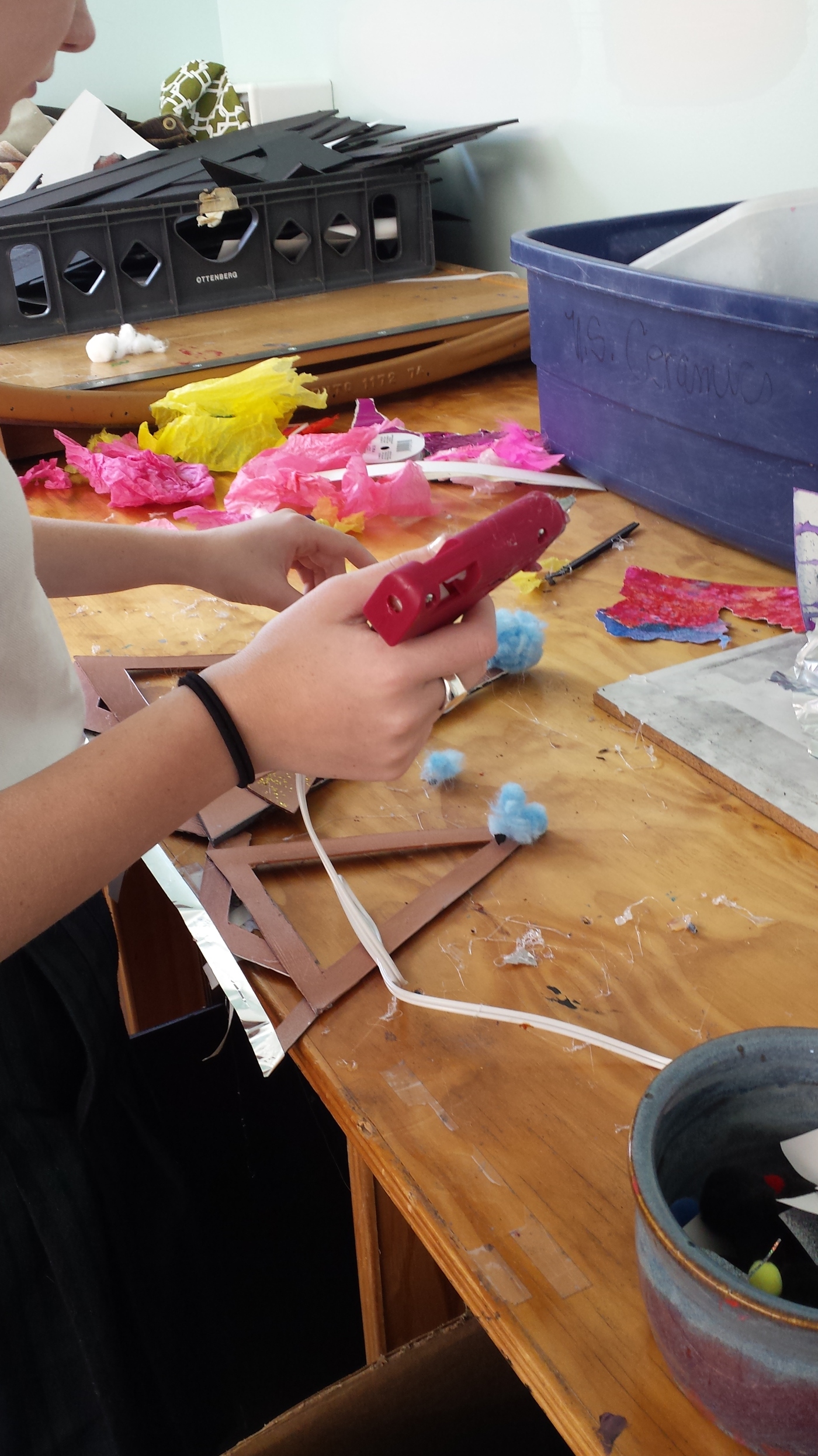 Last week we began our second to last project for the year: Frank Stella Inspired Word Art for the Wall we are creating a mixed media work of art that breaks the confines of our usual squares and rectangles. Inspired by the art of Frank Stella, a conceptual “painter”, each student is creating a wall hanging, that uses recycled cardboard, paint, mixed paper collage, and other found materials. This project should take about 4-5 classes, with a presentation on the 6th day.

We began by picking words at random. Each student dropped a random word into a fish bowl as I walked around the classroom and then as I cam around again they chose a new word from the bowl. A lot of them quickly related it to “the reaping” a scene from the hunger games. Possibly because they were nervous about the word they were getting. From this word they made a concept map. You can see some of the example they looked at on our class google doc here: https://docs.google.com/document/d/1xdQtWHsCRm-YcTp5dyvC3R6Dj400GUClQyBvLG7Ep_M/edit?usp=sharing From this map they choose another word, and then had to create a second concept map. This second word, they soon found out, was their title and they were stuck with it and all of the things they associated with it, as the theme for their wall art. 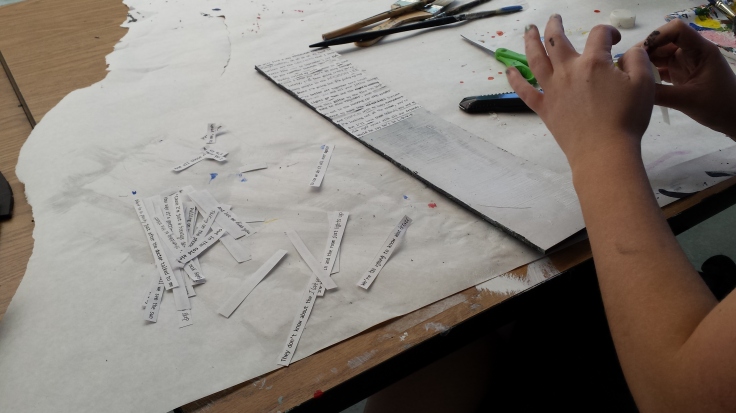 After the concept maps were complete sketching and construction began. I set out scraps of foam core, cardboard, gesso, acrylic paint, painted paper scraps, cotton balls, mixed paper, magazines, and hot glue, white glue and glue sticks. After taking a good look at Frank Stella, and thinking about what these words meant to us we chose colors, shapes, and textures that we associated with our words. And from there they only had to focus on their idea and how it related to those three elements: Color, Shape and Texture. 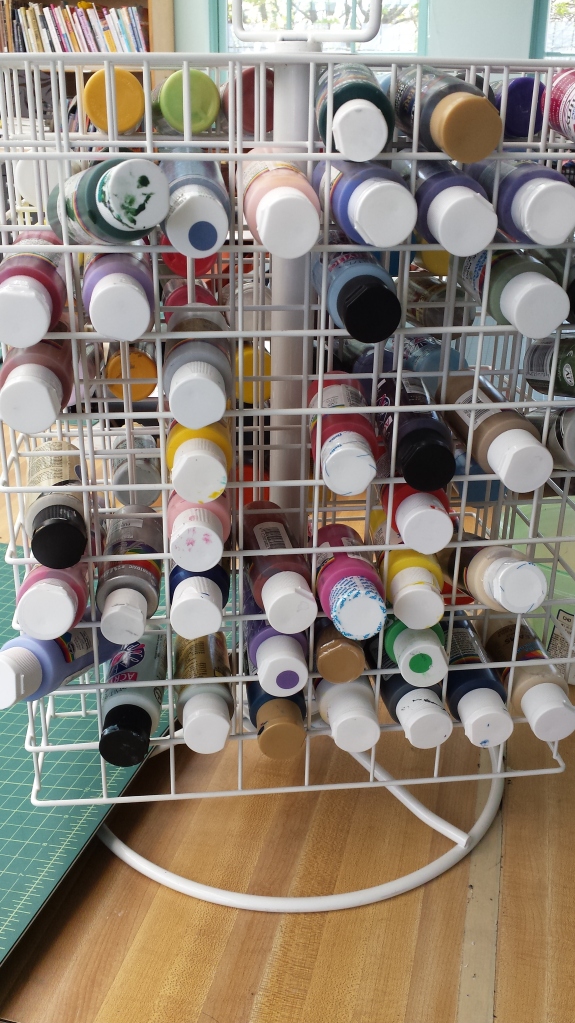 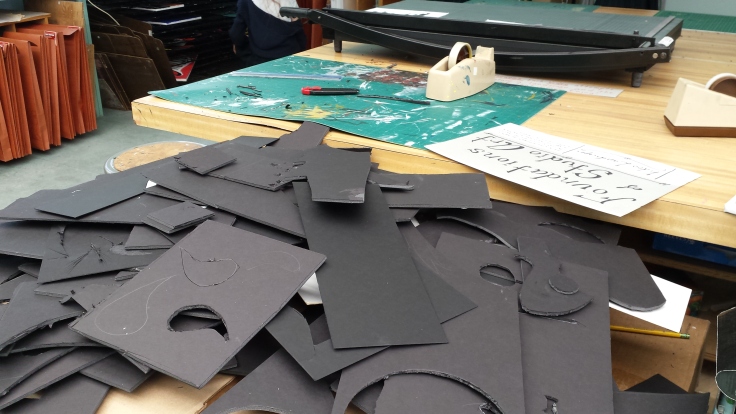 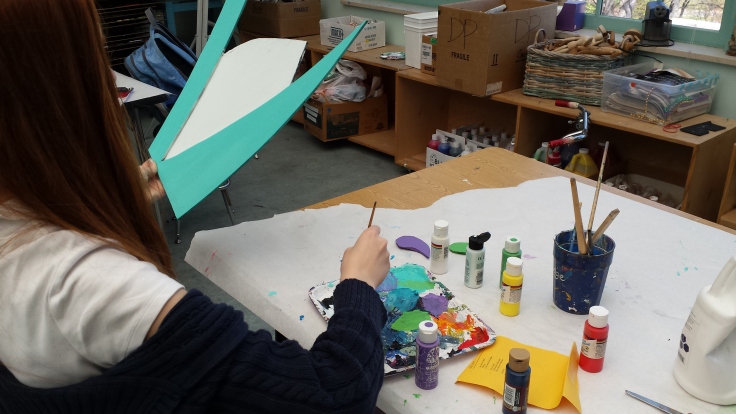 My main goal with this assignment was just to give all of my students a firm grasp on what conceptual art was, and had the potential to be: A work of art driven by the idea, not the end result itself. We have spent the year focusing on a lot of new materials, and their techniques, but as a result we had produced a fair amount of representational art. I feel strongly that being able to think conceptually is a real tool they will be able to take with them as they move into other art classes next year. 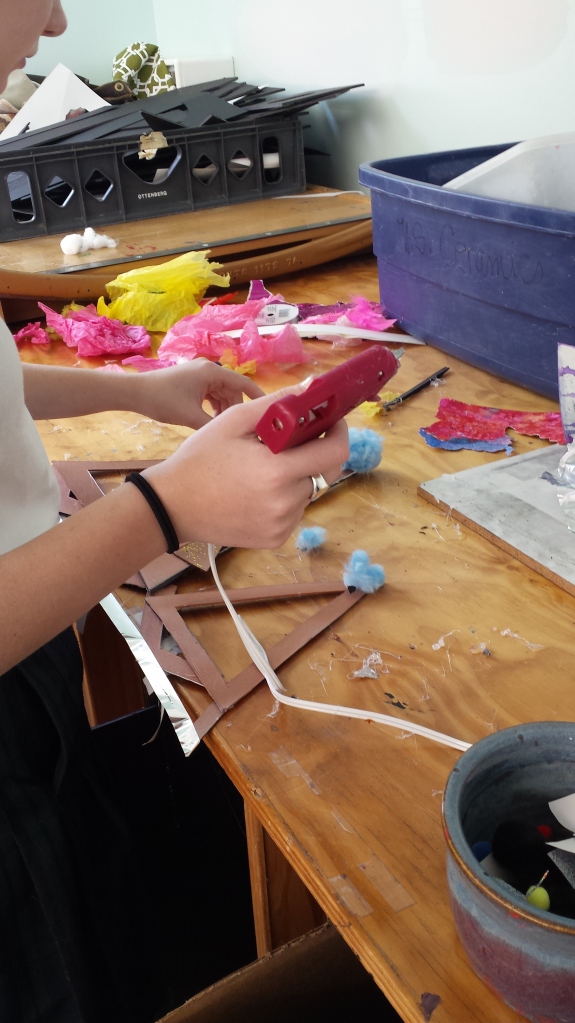 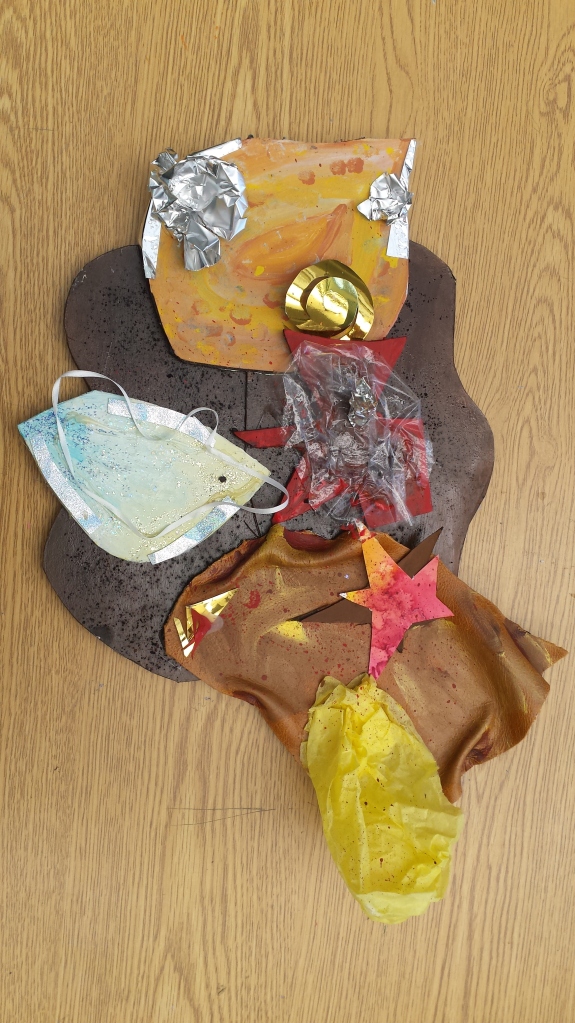