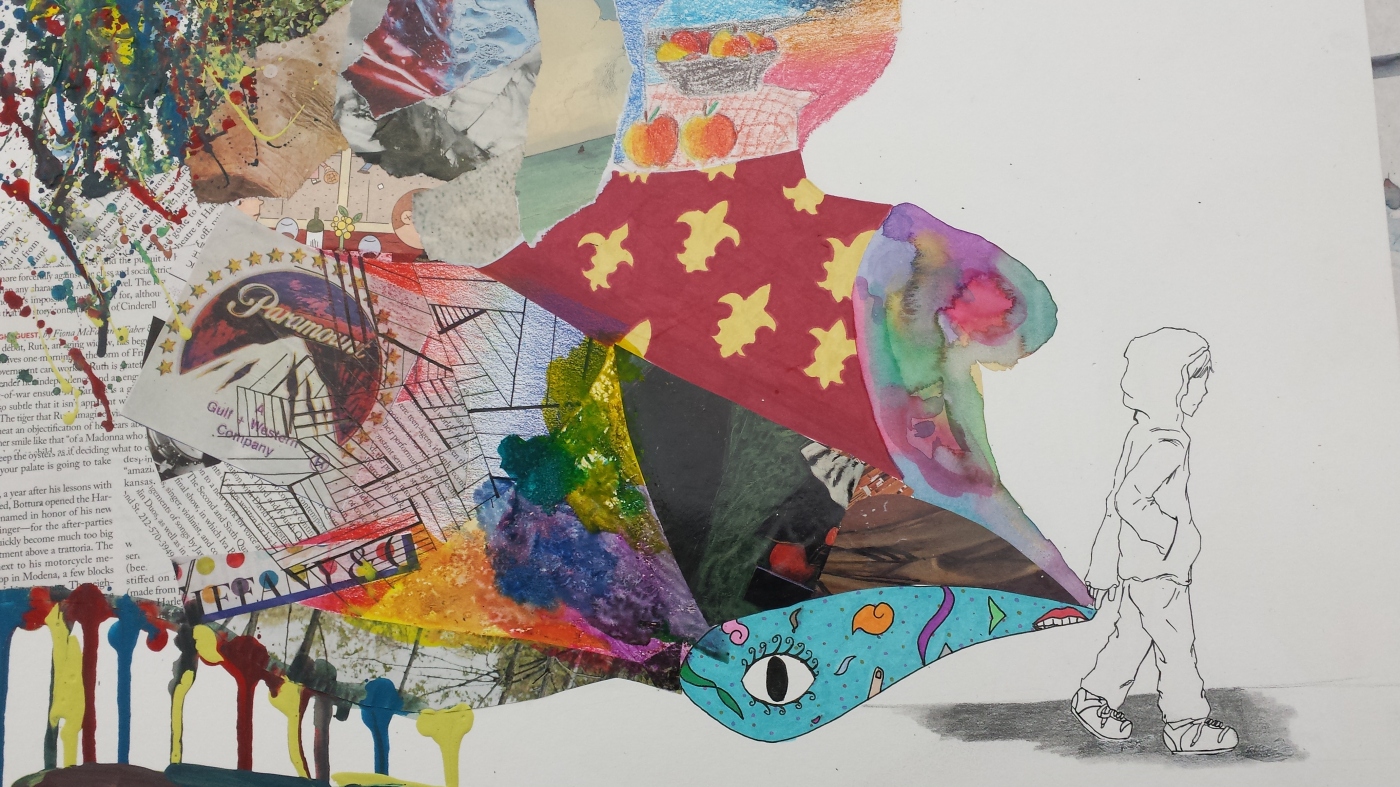 So as the end of the year approaches, my students have become deeply involved in their “final exam” for my class. They have signed contracts, which can be found here, and now spent almost 5 days working on these. Their contracts are a signed agreements between me and them that state their intentions for this project. They choose themes and materials we had already worked with and they also set research goals. They spent one entire 80 minute class period researching and sketching before they were allowed to begin.

Once they began I would float around the room, which is manageable with only 10-15 students per class, and worked with each student one-on-one. At times some students found themselves frustrated with the project they had chosen, but my goal was that ultimately I could push them to take their project as far as they possibly could, so that in the end they were impressed with themselves and happy with their work. Empowering these girl is my ultimate goal. However, I told them that this was an exam, and it is, to test their knowledge from this year, because it will.

Here are some works in progress: 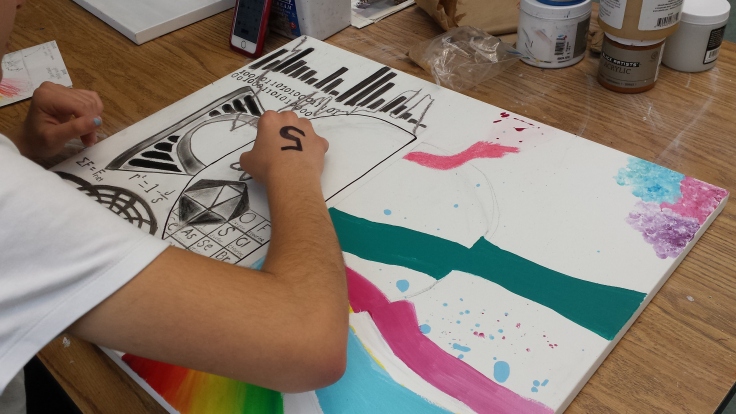 A fashionista hard at work. 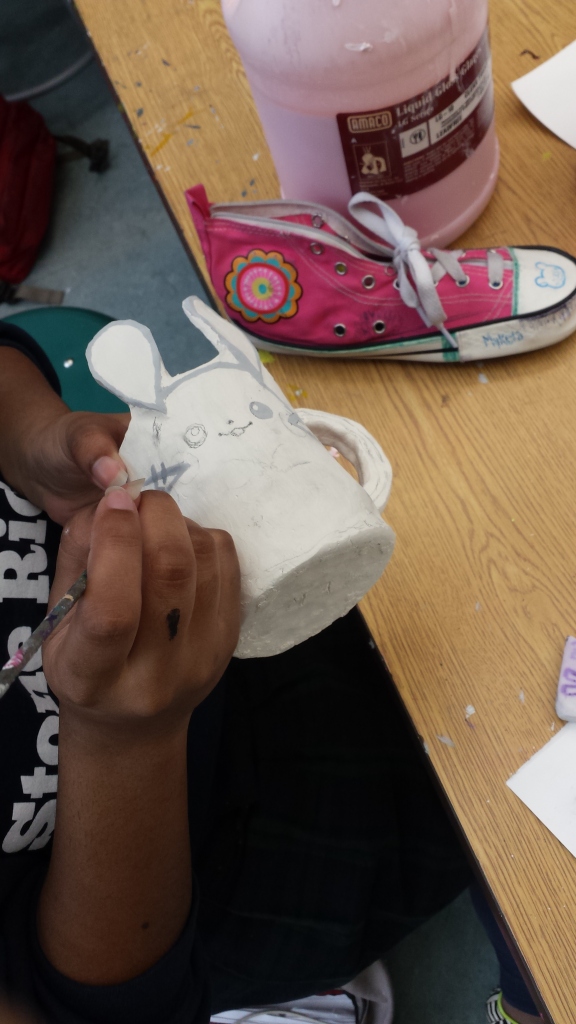 A Kawaii mug to make you smile.

A cup of coffee with a friend inspired charcoal.

An all recycled material inspired landscape, commenting on destruction of the environment. 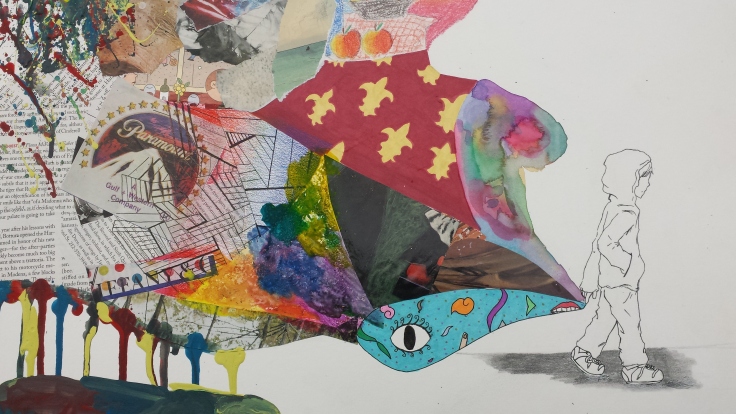